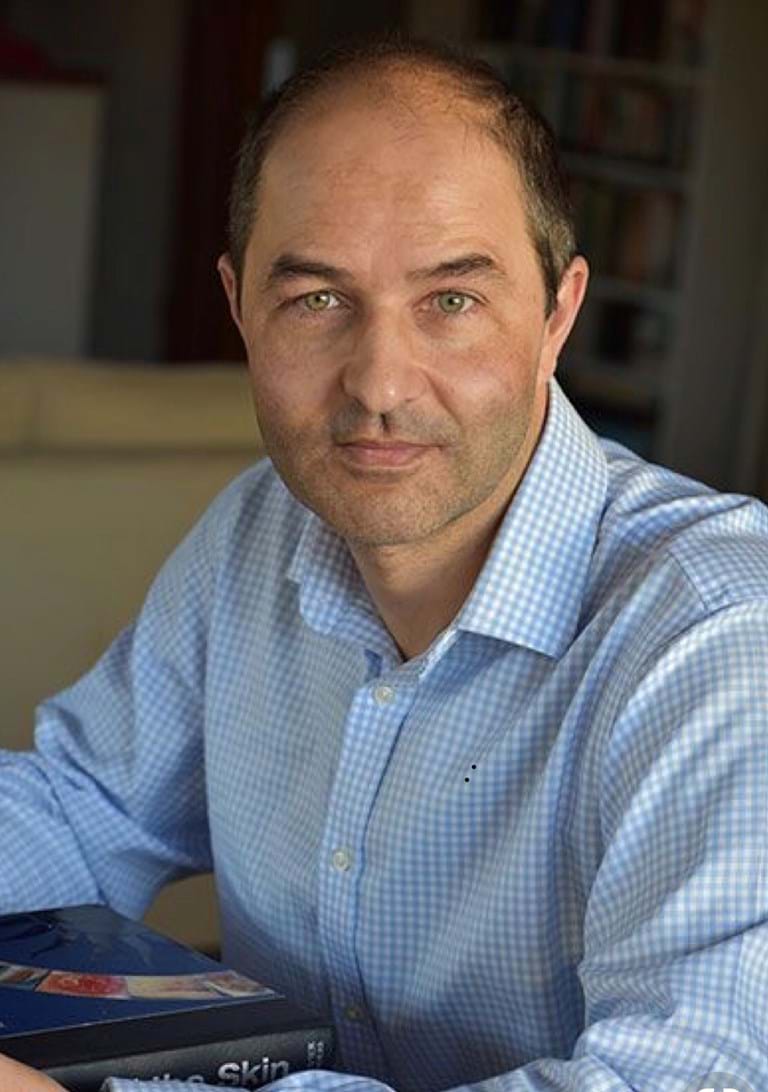 David has been a member of the Skin Cancer College of Australasia for over 10 years and has completed the Certificate in Skin Cancer Medicine in 2007 with a High Distinction and subsequently the Diploma in Skin Cancer Medicine and Surgery.David is an accredited Skin Cancer Physician with the Skin Cancer College and a member of the International Dermoscopy Society.David has undertaken advanced surgical training in skin cancer surgery and welcomes referrals from other Doctors for the management of large skin cancers and lesions in difficult sites such as the nose, lips, face and lower leg.Surgical techniques may include skin grafting and various types of skin flap surgery.

For more go to www.drdavidsimpson.com.au

Dr. Simpson trained in the UK gaining his medical degree from London University and then spent the next 7 years working in various specialities in hospitals before completing his vocational training in General Practice and gaining his Fellowship (FRACGP).

Dr. Simpson first came to the Sunshine Coast in 1992 and worked at Nambour General Hospital before returning to the UK and spending three years as a medical officer in the Royal Navy including a deployment to the Persian Gulf and returned to Australia in 2004, initially working in Terrigal on the NSW Central Coast ( Mediskin Clinic ) before moving back to Queensland in 2010. 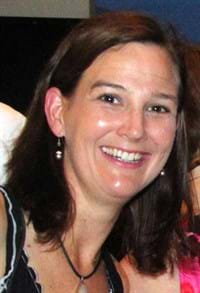 Emily was raised in Warwick on the Darling Downs and went to secondary school in Toowoomba.  She obtained her medical degree from the University of Queensland in 1996 and then spent her first post-graduate years in Rockhampton.  Following this she worked in the rural towns of Barcaldine and Miles before returning to Brisbane to obtain an advanced diploma in Obstetrics and Gynaecology.  Emily then returned to the bush and worked in Longreach and completed her Fellowship of General Practice as well as Advanced Rural General Practice. She then spent 3 years back in Barcaldine before moving to the Sunshine Coast in 2005.  Emily was fortunate to be able to continue her association with rural Queensland by conducting rural and remote women’s health clinics for the RFDS.She enjoys all aspects of general practice and has a special interest in women’s health. 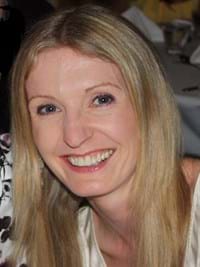 Dr Maria Higgins was born and educated in Longford Ireland.  She studied Medicine at University College Dublin, Ireland graduating with a Bachelor of Medicine, Surgery and Obstetrics in 1995.

Dr Higgins spent five years working in hospitals in Ireland in various fields of medicine including: general medicine, surgery, obstetrics and gynaecology, psychiatry, paediatrics, emergency medicine and ear nose and throat. She completed a Diploma in Clinical Psychiatry in 1998 and a Diploma in Obstetrics and Women’s health in 2000.She completed the Midlands General Practitioner Training Scheme in 2001 and was awarded the M.I.C.G.P.-Membership of the Irish College of General Practitioners in 2001.Dr Higgins worked in various general practices in Ireland before emigrating to Australia in 2003.She initially worked in Brisbane and moved to the Sunshine coast in 2005.

Dr Higgins enjoys all aspects of general practice. She has special interests in Obstetrics and Gynaecology, Child and Adolescent health, skin cancer, Travel medicine and Preventive medicine. She believes in a holistic approach to patient care. 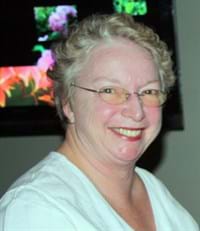 Dr Heather Parker OAM, BA, MD, FRACGP  started her career as a Speech Therapist, and then went on to study Medicine in Canada. She has been a GP for 35 years, and is also a pilot with a special interest in Aviation Medicine.

She is an Aviation Medical Examiner for Australia, and for overseas authorities NZ, USA, Canada, and South Africa.

She served on AMSANZ and Australasian Society of Aerospace Medicine committees and on the ASAM conference committee for six scientific meetings. She has been made an Hononary Member of ASAM.

Dr Parker was awarded an Order of Australia Medal for “services to Medicine as a GP, membership in professional organizations and to aviation” in 2006.

She has been at Peregian Springs Doctors for the past 10 years.  She is married and has two daughters and three grandchildren. 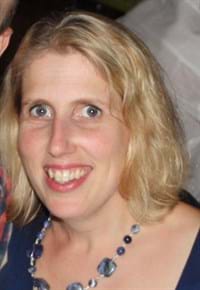 Dr Camilla Stevens was born and raised in Wellington, New Zealand.  She graduated with a Medical Degree from Otago University in 1996.

Camilla moved to Australia in 1999, following her residency at Christchurch Hospital in New Zealand.  She spent three years at Townsville Hospital, where she completed various rotations, including Emergency Medicine, Cardiology, Haematology and Oncology, Palliative Care and Obstetrics and Gynaecology.  During that time, she attained a Diploma in Obstetrics and Gynaecology.

In 2001, Camilla relocated to Tasmania, where she undertook a post in Paediatrics at the Royal Hobart Hospital.  Between 2002 and 2004, she worked in rural practice in North West Tasmania,   completing the General Practice training program and becoming a fellow of the Royal College of General Practitioners in 2004.

Camilla has worked on the Sunshine Coast as a General Practitioner since 2004. She enjoys all aspects of General Practice and family medicine, but has a particular interest in Women’s Health. 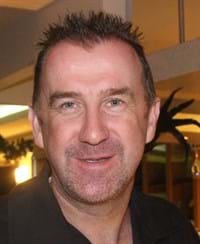 Gordon is originally from a small coastal town in Ayrshire Scotland. He attended St Andrew’s University and gained his bachelor of science in medical science before studying at Manchester University in England to gain his MB CHB.

Gordon completed his GP training in Ayrshire in Scotland in 1996 and worked for the following four years in Girvan, Ayrshire in his father and grandfather’s old practice. He then decided he needed a change and travelled to Swan Hill in Victoria working for two years in general practice, obstetrics and emergency medicine.

He returned to Scotland, where he met and married his wife Michelle before coming back to Australia in 2006. Dr Strachan has gained his diploma in diabetic care, attended ATLS and ALS courses in the UK and was made a fellow of the Royal Australian College of General Practitioners in Australia in 2007. His special interests include general and emergency medicine and diabetic care. He and Michelle have two children, Joseph and Marnie. 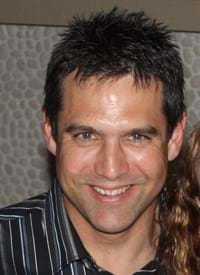 Dr. Wiaan Vogel has been with Coolum Beach 7 Day Doctors since October 2004.

Originally from the diamond city of Kimberley in South Africa, Wiaan graduated from Stellenbosch University in 1994 and spent time working in Namibia, and many hospitals all over the UK.

Wiaan came to Australia in 1999 and worked as a GP both in rural and metropolitan areas including Brisbane, Longreach and Airlie Beach.

For the past 6 years Wiaan has lived on the Sunshine Coast with his wife and two children.

Wiaan is a fellow of the Royal Australian College of General Practitioners and has special interests in Musculoskeletal medicine, Aviation medicine and Diving Medicine.

Wiaan is an enthusiastic kite surfer and when the wind is blowing between 13 - 18 knots you will probably find him somewhere on the water. 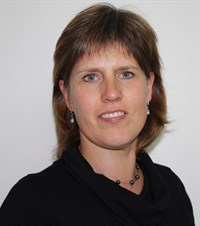 Dr Wijma has worked in general practice since 1997. In 2001 she finished her training and became a registered GP in the Netherlands. In 2003 to 2004 she practiced in Gladstone (Qld). Marcelle enjoyed working in Australia so much that she decided to move here permanently. In 2008 she started working at Coolum Beach 7 Day Doctors. Dr Wijma recently obtained her fellowship with the Royal Australian College of General Practitioners. Her special interests are all aspects of family medicine and women’s health. 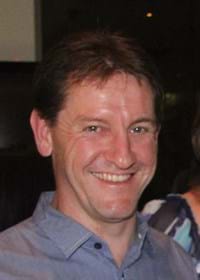 Gary qualified from the University of Zimbabwe in 1990 and then worked in busy government hospitals in Zimbabwe and South Africa for the next 6 years. He then worked in General Practice in Zimbabwe for the next 10 years before moving to Australia in 2008. Before this he worked as a locum in New Zealand and Tanzania. He obtained his Fellowship of the Royal Australian College of General Practitioners in 2009. He enjoys all aspects of General Practice but particularly the opportunity to treat and follow up patients of all ages. His special areas of interest are Travel Medicine, Musculoskeletal Medicine and Men’s Health 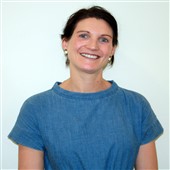 Including Emergency, Surgery, Palliative Care, Neurology and Paediatrics. Lisa has a special interest in

Melbourne Sexual Health Centre. Lisa recently moved to Queensland with her Family to enjoy some Sunshine. 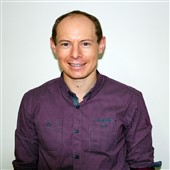 Dr. Nick Hinds graduated from the University of Queensland in 2008 after spending much of his training in rural Queensland. He completed his residency at Nambour General Hospital where he gained extensive experience in Paediatrics, Obstetrics and Gynaecology, Anaesthetics and Emergency Medicine. He has obtained Fellowship with the Royal Australian College of General Practitioners.  Nick has a keen interest in all aspects of general practice, including preventative medicine. He has undertaken further post-graduate training in skin cancer and aesthetic medicine and believes in a holistic approach to patient care and has completed training with the Australian College of Nutritional and Environmental Medicine.

When he is not working  he enjoys  spending time with his wife, Courtney and young children along with finding time to swim, cycle and run in preparation for his next Triathlon. 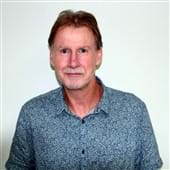 Tim graduated from the university of Adelaide in 1983 . He moved to Darwin in 1984 and worked at the Darwin Hospital for several years and then in solo General Practice until 1994 when he and wife Moira and three children decided to move to the Sunshine Coast. From 1994 until 2003 he worked in Coolum Beach and then Tewantin for seven years and most recently Morayfield until he commenced work back in Coolum Beach in January 2016. Work interests include all aspects of General Practice. Outside work he enjoys family time ,surfing,snowboarding and AFL. 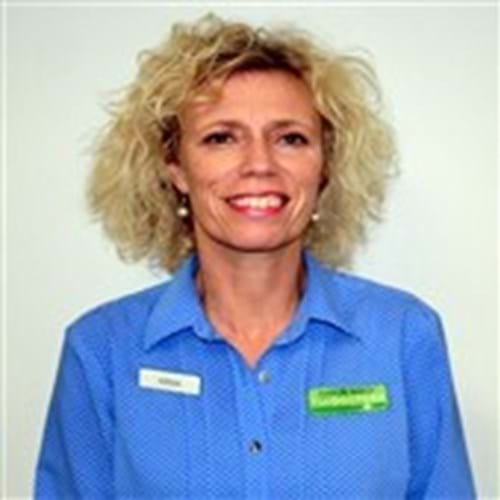 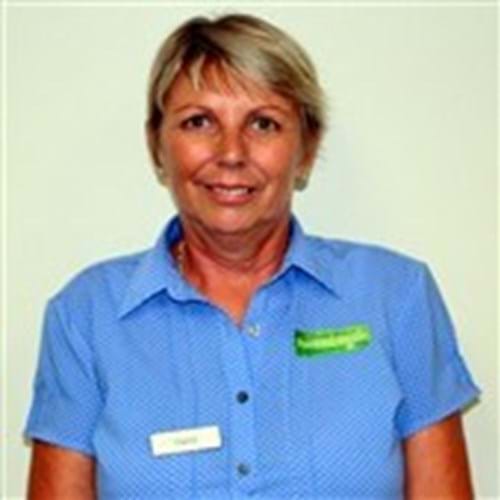 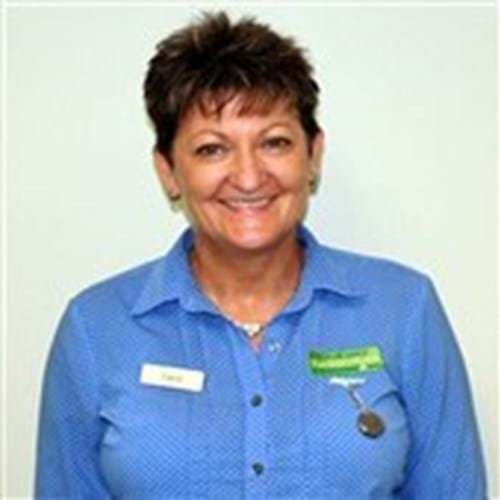 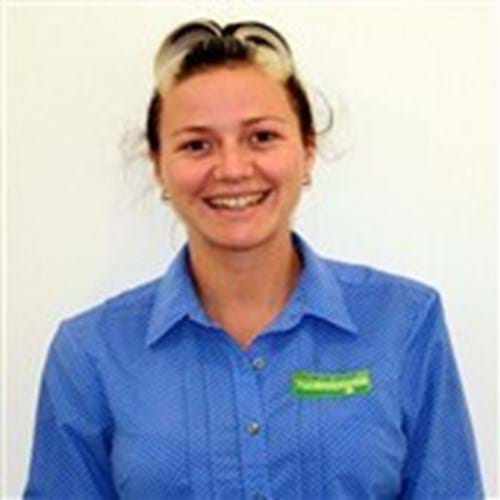 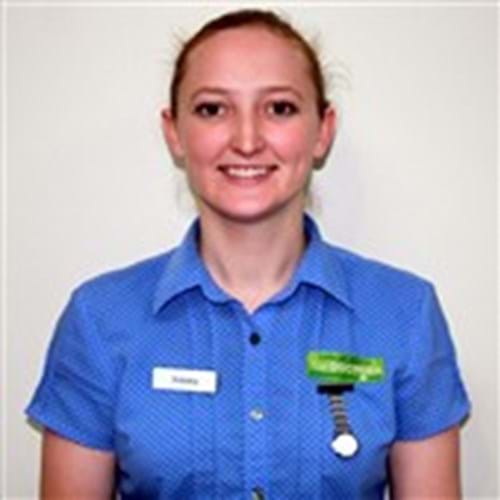 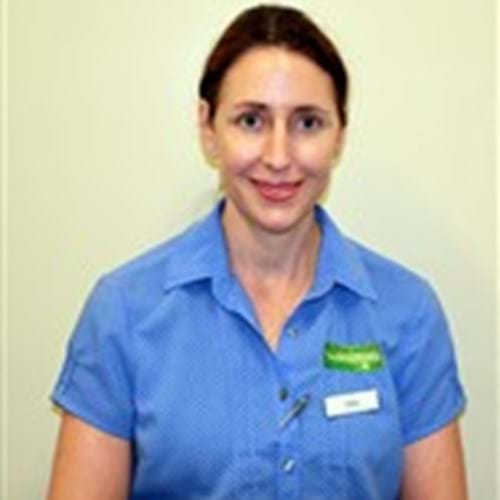 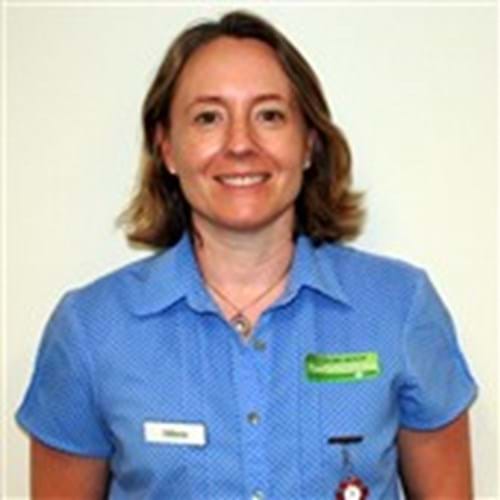 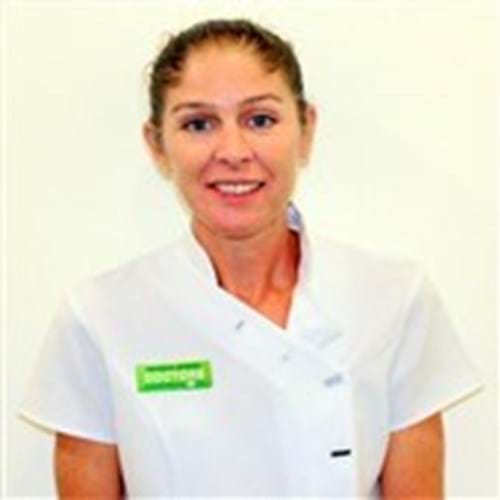 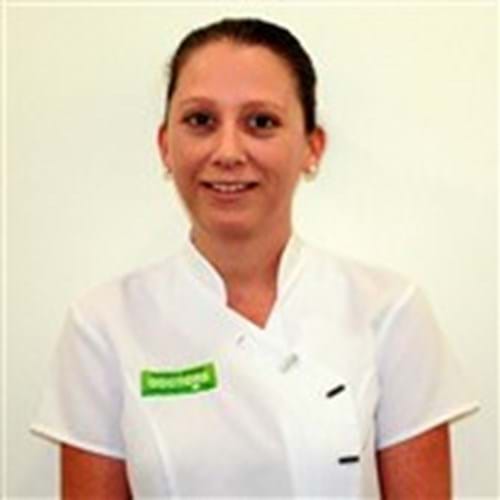 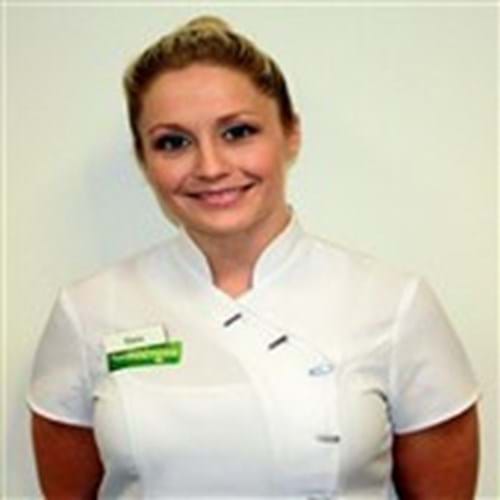 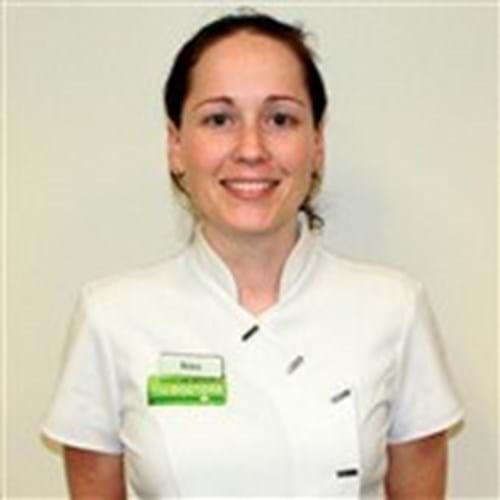 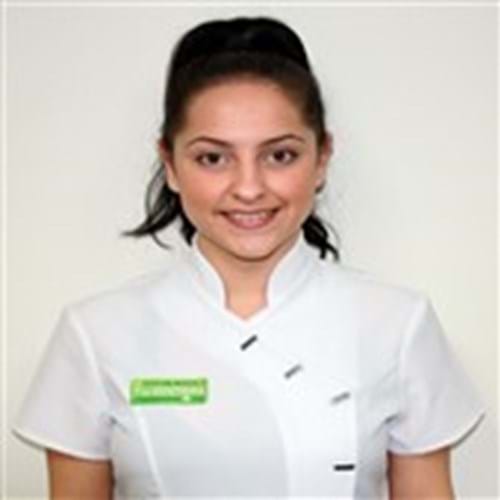 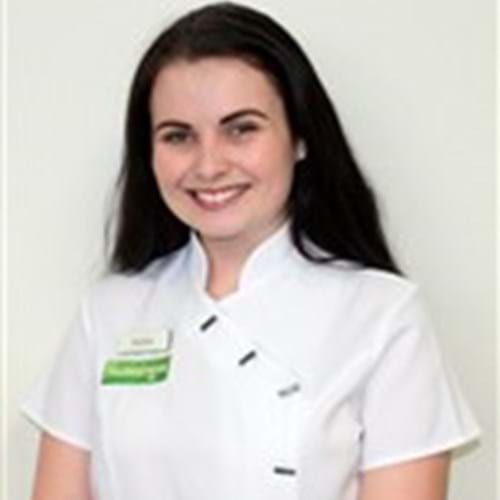 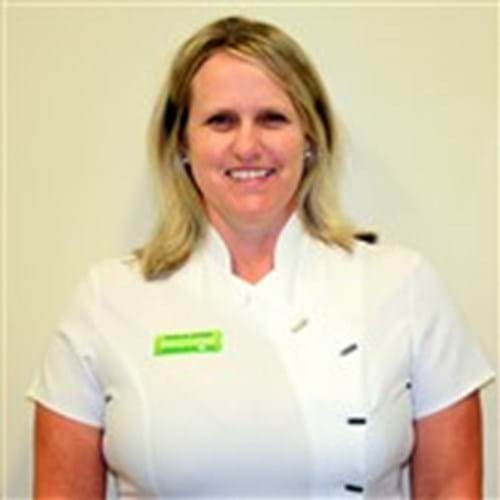 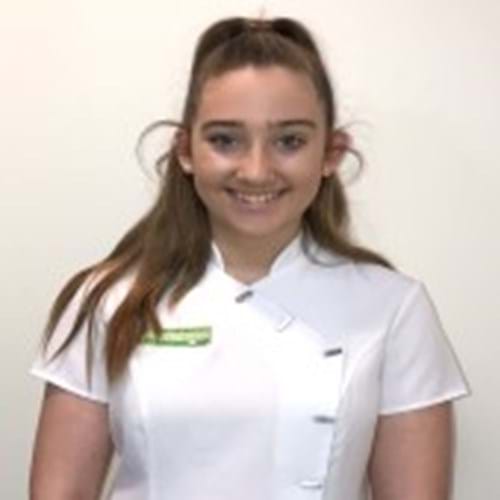